Sorei Yanagiya: Pioneer in the Globalization of Japanese Acupuncture and Moxibustion 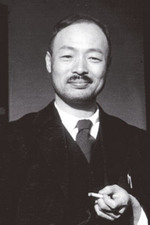 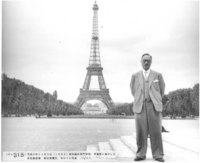 Yanagiya in front of the Eiffel Tower

Teaching technique at the clinic of Barat DuPont. DuPont is visible in the background.

At a clinic with DuPont

Sorei Yanagiya possessed a sensitivity that was open minded and open hearted, simultaneously bold and delicate. His compassion for others was like that of a loving parent, accepting and tolerant. Peerless in clinical abilities, leadership, and writing, Yanagiya had exceptional charisma and a truly powerful presence. His significant achievements have become legends in their own right, told and retold to the present day. This is the foundation upon which technique instruction at Toyoshinkyu is built.

Sorei Yanagiya valued learning from the past in order to move forward. It was in this spirit that he advocated a “return to the Classics,” personally performing extensive research on these classical medical texts and related materials. Yanagiya applied his superb powers of observation, perception, analysis, and judgment to shed light on the Classics, creating a path from the past to the present in order for the illuminating light of the Classics to continue to shine far into the future. While remaining faithful to the fundamentals and adhering to universal principles and rules, he also advanced the scientific application of the Classics. He completed The Science of Acupuncture and Moxibustion: Techniques shortly before his sudden death. This work, in addition to the more than 50 works that he completed during his lifetime, contain his essence and are a treasure for practitioners of Yanagiya’s teachings.

Many of Sorei Yanagiya’s works are unfortunately out of print, with existing volumes often having discolored pages or disintegrating bindings. At Toyoshinkyu, we have started work on releasing reprints of the originals. 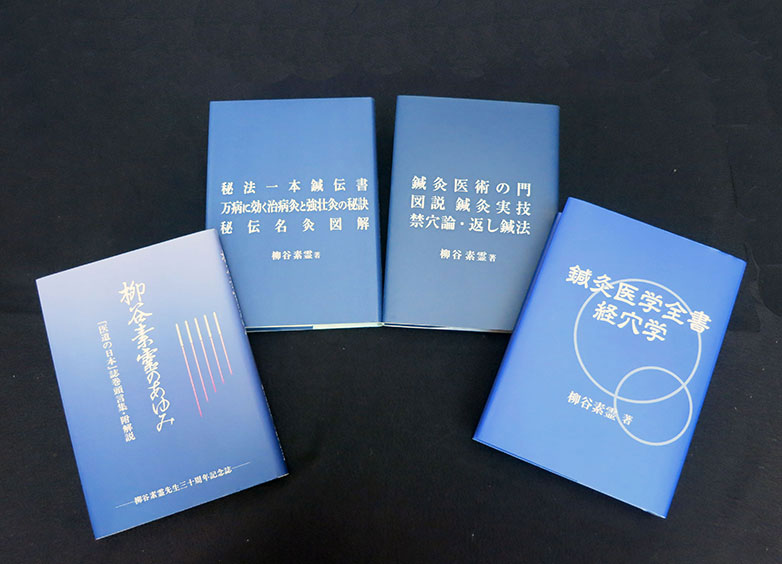 Installment 2:
A Guide to Secret Techniques of Single Needle Acupuncture,
Secrets of Therapeutic and Tonic Moxibustion Effective Against All Diseases, and
An Illustrated Guide to Important Moxibustion Esoterica

Installment 4:
Encyclopedia of the Medicine of Acupuncture and Moxibustion: Acupoint Theory
(Released in November 2015)

Recognized as Masters, some Recipients of Prestigious Honors and Heads of Industry Organizations

Sorei Yanagiya established the Toyoshinkyu College of Oriental Medicine on the foundation of a noble philosophy. Toyoshinkyu’s proud authority and tradition have been carried on continuously to the present day. As one of the most prestigious schools in the field of Japanese acupuncture and moxibustion, Toyoshinkyu has produced a number of outstanding graduates.

Makio Nakamura (dec.): Former President, Japanese Acupuncture and Moxibustion Association (recipient of The Order of the Rising Sun, Gold Rays with Rosette (2005) and Medal of Honor, Medal with Blue Ribbon (1998))