You are here: Home » School Founder: Sorei Yanagiya » Alumni Leaders: Continuing the Philosophy of the Founder

Alumni Leaders: Continuing the Philosophy of the Founder

Alumni Leaders: Continuing the Philosophy of the Founder

Toyoshinkyu founder Sorei Yanagiya applied his sublime philosophy and spirit to the pursuit of the essence (the heart) of the Classics. The technique and skill that he refined through rigorous training produced a great sensation not only in France, but also throughout Europe. Yanagiya ushered in a period where Japanese acupuncture and moxibustion was the world leader.

Every class of students since the founding of the Toyoshinkyu College of Oriental Medicine has inherited the past, present, and future of the Yanagiya style of acupuncture and moxibustion, a legacy that continues to exert a profound influence.

Alumni who have been honored with prestigious awards:

Makio Nakamura (dec.): Former President, Japanese Acupuncture and Moxibustion Association (recipient of The Order of the Rising Sun, Gold Rays with Rosette (2005) and Medal of Honor, Medal with Blue Ribbon (1998))

(Toyoshinkyu is currently working to provide more information about alumni who have received prestigious awards.)

Alumni who have served and/or are serving in important posts in industry organizations:

(In addition to the above, Toyoshinkyu is currently working to provide information on the many alumni who have served as organization chairs and vice-chairs.)

Practitioners continuing in the spirit of Sorei Yanagiya, teaching practicum classes, special classes, and extracurricular classes on technique at Toyoshinkyu.

Yanagiya Sorei taught us to “aim for the best, master the academic, and refine technique – share this natural bounty with humanity, allowing them to know the beneficence of acupuncture and moxibustion.” Many people who teach at Toyoshinkyu are alumni. This illustrious group includes current Toyoshinkyu Principal Hironao Takeuchi, as well as Katsuo Miura, Hokan Saito, Ryota Inoue, Akizo Okada, Fumichika Takemura, Noriko Yamamoto, and Fujiko Fushimi. Toyoshinkyu has produced many eminent veteran alumni who practice clinically, continuing the philosophy and spirit of Sorei Yanagiya. These distinguished alumni contribute as instructors, providing content in practical classes that spans from basic techniques to advanced skills in acupuncture, moxibustion, and manual therapies (anma/massage/shiatsu). The long history of Toyoshinkyu makes it possible for it to provide this unique instruction.

Leading alumni practitioners who have appeared on television: 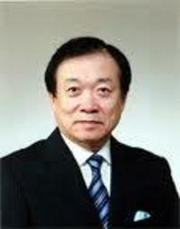 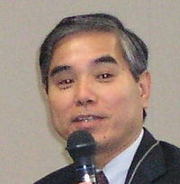 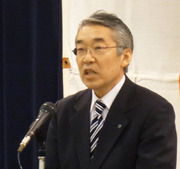 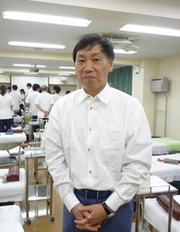